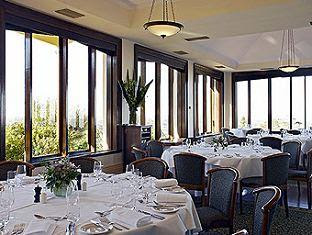 Mount Lofty House was the original home of Arthur Hardy and was built in the 1850's as his family's summer retreat. In the 1980's a young couple purchased the delapidated mansion only to have it burn to the ground two weeks later in the Ash Wednesday fires. With only the stone walls standing, the couple sold what remained and the house was later rebuilt and extended to be used as guest house/hotel.
Piccadilly Restaurant boasts a menu rich in local produce, with particular focus on organic foods. On arrival the restaurant was nicely lit, mildly busy (Friday night) and decorated in the style you would expect of a rambling country homestead.
As I was seated I soon realised the chair was a bit wobbly. It was so bad I had to ask for another. The defective chair was whisked away with a minimum of fuss and replaced with a smile. If this had been the end of the situation none of this would have made the review, however the second chair was similar if not worse, with visible cracks to the timber on both legs. I've been in restaurants where the "wheels fell off" in terms of food quality or service, but never where the actual legs fell off! Once rectified by a very embarrassed waitress, my water was filled and as the bottle was placed on the table, the whole table rocked back and forth. The table top was not actually attached to the base, plus the whole surface was warped... Not a great start to my experience at Piccadilly!
Once the food started arriving things went decidedly better. The house baked ciabatta dinner roll was warm and fresh, and the local Pinot Noir from the Adelaide Hills was a fine inclusion on the wine list, all of which were listed at reasonable prices.
Main dishes I tried were the Salmon served on a salad of rocket, preserved onion, lemon and chickpeas, served with rosemary baked potatoes, and Chicken Breast roasted with Lemon and Thyme served with green beans and kipfler potatoes. While the Salmon dish was well designed and executed, the Chicken dish was swimming in reduced stock jus that was too highly flavoured for the delicate flavours of the thyme. The salmon was particularly well cooked and offered robust salmon flavours highlighted by the lemon and onion accompaniments.
Desserts sounded big and hearty, with a specials of Apple Crumble or Bread and Butter Pudding. Both classic country style dishes that sounded like just the thing to be offered on a cold night in the Adelaide Hills. The crumble topping was almost bready in nature, and whilst differing from your classic crumble, did offer good flavour on top of well cooked apples and excellent house made vanilla bean ice cream. Along with this came a jug of ice cold pouring cream. Perfect! The Bread and Butter pudding, however, missed the mark by a long way. It was very stodgy, flavourless and SMALL. The custard it was served with was well made, however it needed cream or ice cream or something. I was definitely left wanting!
Overall the experience was satisfactory, with some good main meals being created by chef Craig Graves, however service and ambience let the whole thing down. Even after the chair and table fiasco, service was lack lustre, with meals being plonked on the table like I was at school camp. The Chicken dish, which was served in a stock reduction, and obviously plated with care and finesse by the chef was then slammed on the table, sloshing the suace up the sides on the bowl and knocking the chicken into the pool off the stack of beans and kipflers. Ooops!
Rating: 11/20 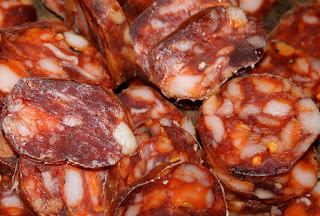